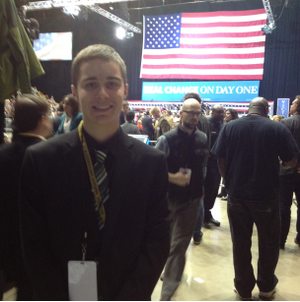 "Take it to the Hill" - WGMU's only political talk show!!! ***Every Monday night at 10PM LIVE on WGMUradio.com Co-hosts: Rohan Ramesh and Ryan Cerny "Take it to the Hill" is the one and only political talk show on WGMU(www.wgmuradio.com). The show is hosted by John Hill, a conservative, political enthusiast. John is a freshman at George Mason University, works with MasonVotes, and runs his blog (www.JTHmishmash.com) in his free time. "Take it to the Hill" includes liberal co-host, Rohan Ramesh to bring opposing views and interesting conversation on air. Also, Ryan Cerny, the "random tech guy" presents "Small Talk News" every show. The show hopes to bring entertaining political commentary to GMU students and others listening online. If you ever have any questions, comments, or suggestions, please email John: jhill18@masonlive.gmu.edu.